The fashionistas of Paris and Milan have fairly different styles. It’s always been the case. Milan goes all out with colors, cuts and outrageous combinations, while Paris still tries to retain its signature nonchalance. However, since fashion has become so globalized, those lines that were once distinct are beginning to get blurry. That isn’t necessarily a bad thing. Fashion is all about playing and experimenting. It’s also about taking notes and learning from each other. Hence, while you may notice differences, you will notice a whole lot of similarities in this season’s street style section. In the end, we’ll give our final verdict – who wore it better? 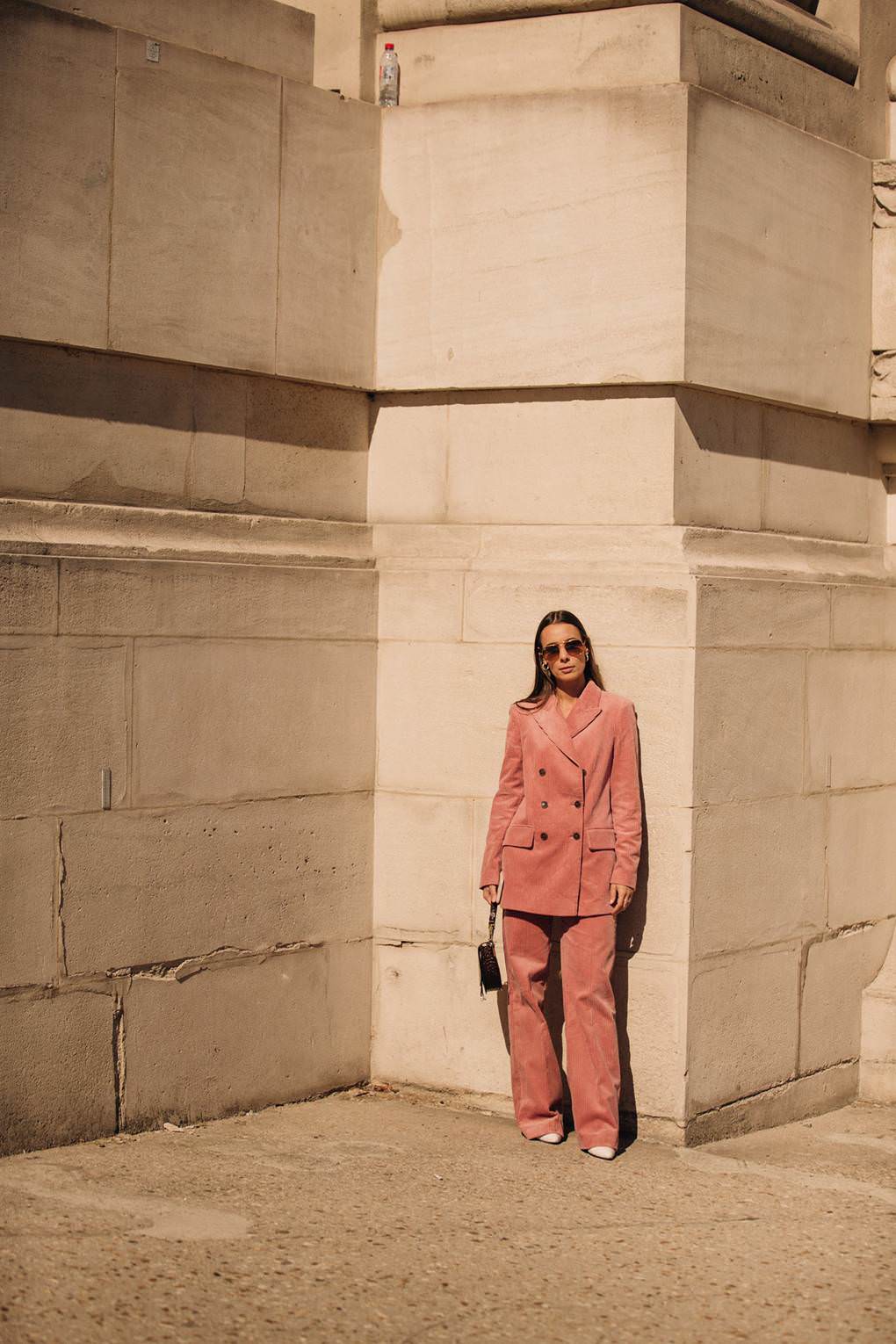 We begin with Paris, where a number of power suits, both fitted and oversized were spotted. The power suit trend is global, although it was much more prominent in Paris and barely noticeable in Milan. It makes sense that Parisian women would love it, particularly the oversized one which exudes those slouchy careless vibes. Another thing to take note of is that most suits were monochromatic. They came in either saturated colors or pastel hues, which again goes hand in hand with the ‘no frill’ chicness of Paris.

FOR THE LOVE OF DOTS 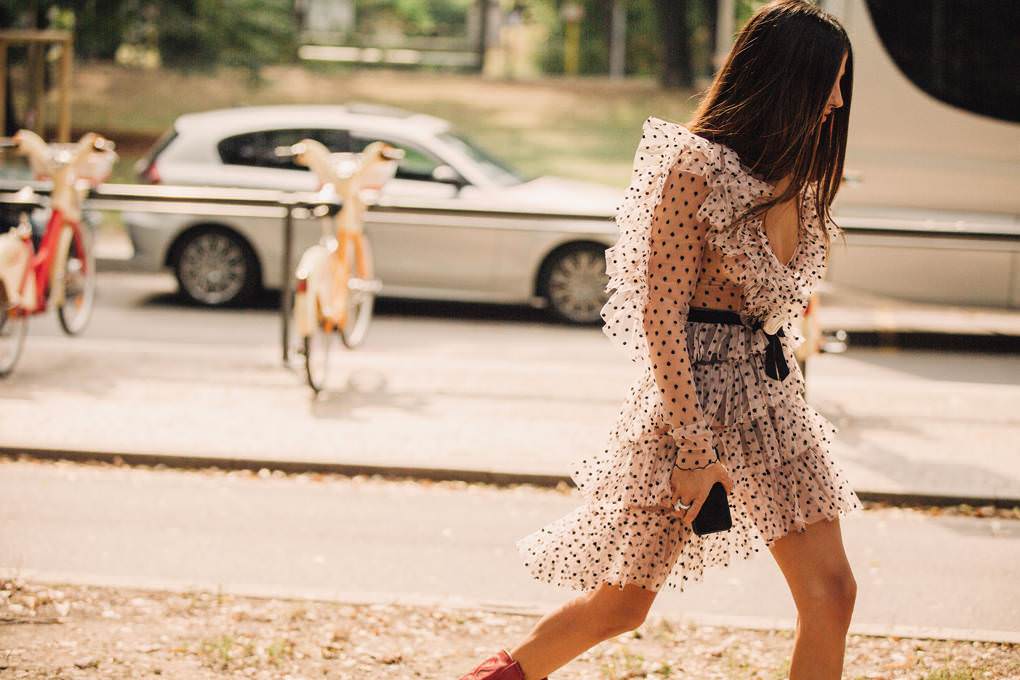 It seems that no one has been immune to the power of the polka dot, and with good reason. The pattern is frilly, as Christian Dior himself once said ‘extravagantly, romantically, eyelash-battingly female’. However, while the women of Paris took a more modest approach with black, slightly ruffled long dresses, there was more boldness present in Milan. The fashionista in question ditched the modesty trend and went straight for the sheer dress. Granted, it’s equally romantic and oh, so extravagant. However, it is a lot shorter and completely sheer, so if you want to rock this trend you may want to grab some amazing undergarments. However, for those who want to keep things a tad more modest, yet chic and sexy, there is always a great online store to buy women’s dresses in various patterns and stay somewhere between Paris and Milan. 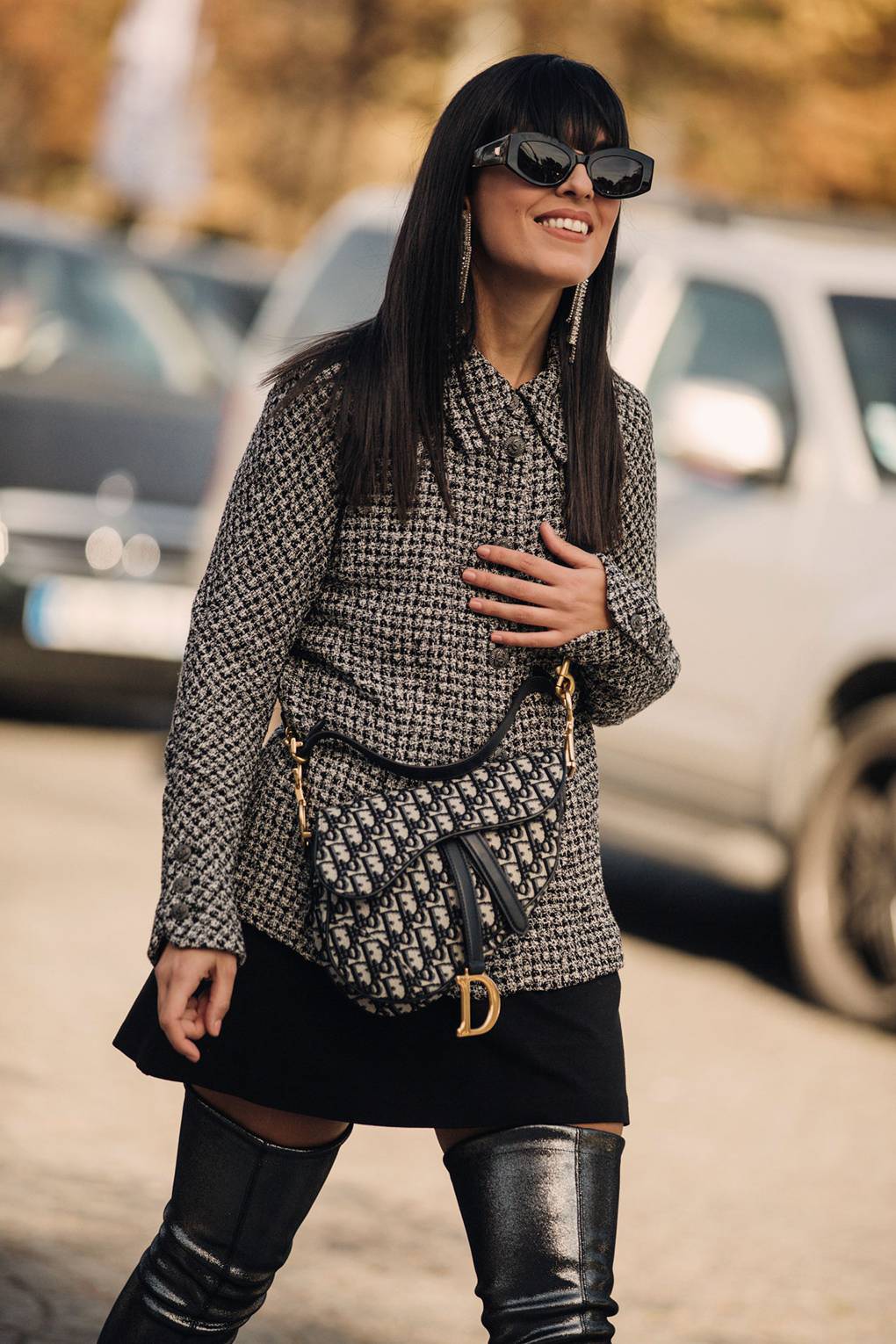 It’s well known that Parisians are generally not walking advertisements for their go-to brand. When they do show their love, it’s mostly through an accessory – a belt, or in most cases a logo bag. Milan, ostentatious as it is, likes to profess its love a bit louder. Case in point – this particular ensemble featuring a turtleneck top and a pencil skirt, both covered in the Fendi logo. Okay, the message of brand loyalty received. Perhaps we shouldn’t be biased; after all, fashion is about self-expression. But, we do have to note that the love letter to a brand looks way better when it’s infused with subtlety, so Paris wins this one in our book. 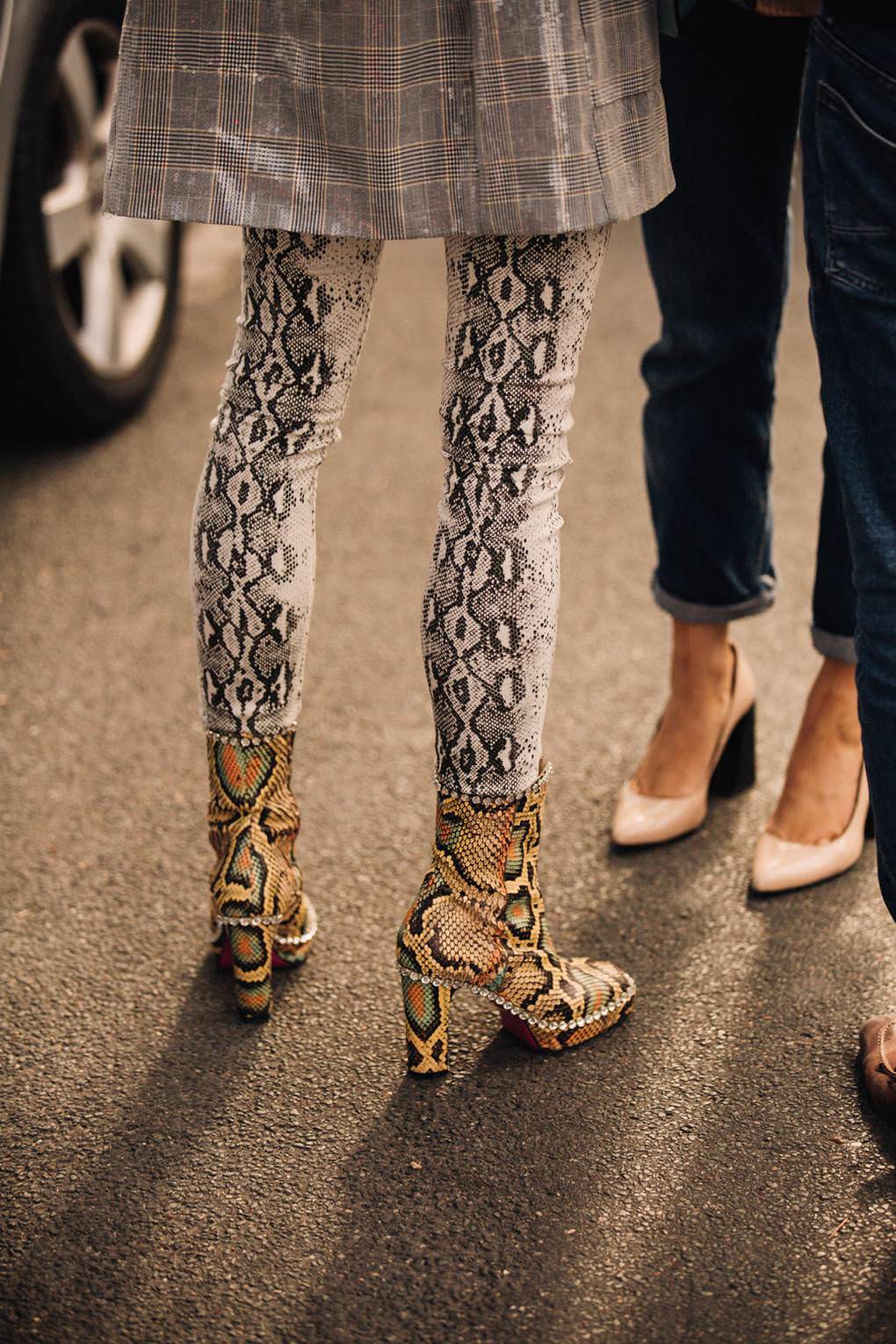 Well, well, the white boot trend is conspicuously MIA in Milan, which is a complete surprise. The ladies here, perhaps due to higher temperatures, were still rocking their loafers, sandals, and mules, while in Paris, the white boots are bigger and better than ever. Still, despite this difference, we did find one passion fashionistas from both cities share. It shouldn’t come as a shock that almost everyone was rocking the snake print boots, as it is the hottest print of the season. It’s safe to say that certain trends know of no boundaries. 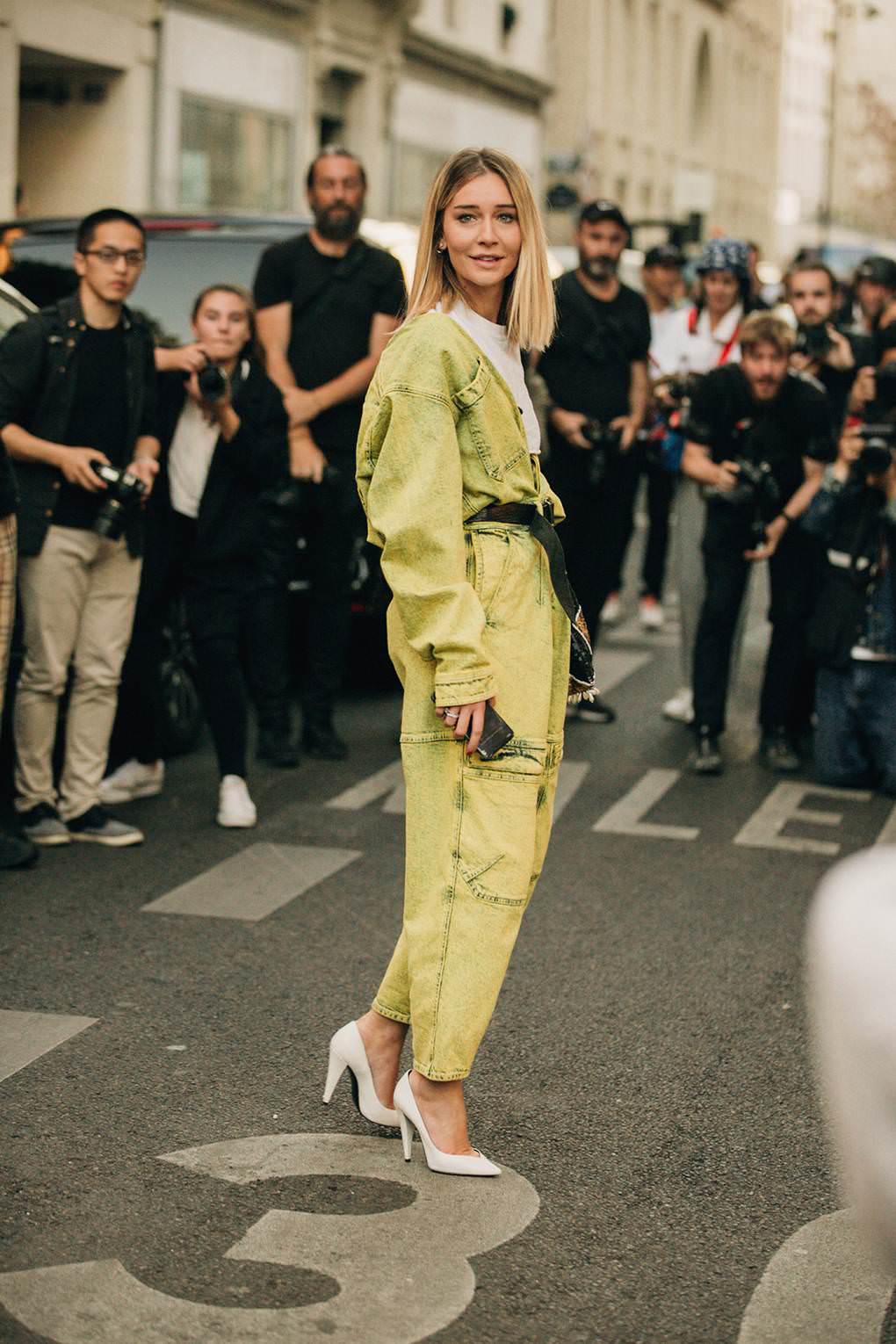 Who would have guessed that the women of Paris would be so into jumpsuits this season? We’re not talking floral ‘pool party’ jumpsuits, but sturdy, oversized ones. We understand that they’re into oversized items, as they give those ‘I don’t care vibes’. Nonetheless, the women of Milan have been left completely immune to this trend, and there were even specs of simplicity in the form of loose earthy-tone dresses spotted there. If we played a guessing game, you probably would have switched cities. 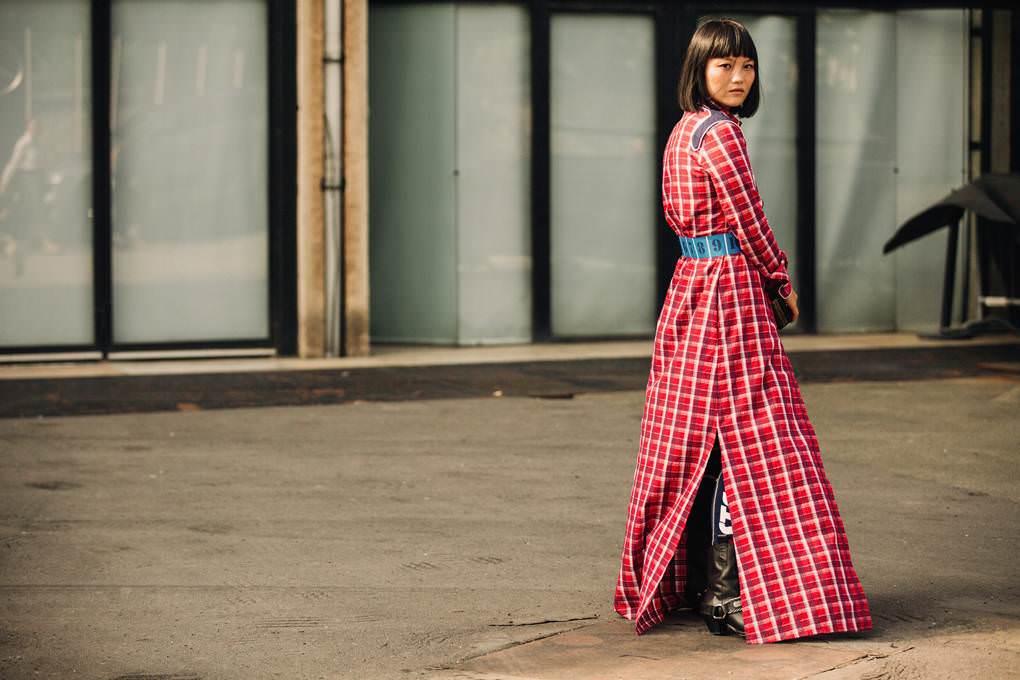 Finally, we have found one thing ladies from both cities are equally smitten by. The plaid pattern, of course! Whether it was a skirt, a dress, or a full outfit, the streets were overflown by a variety of plaid, checked and tartan. It’s not one of the hottest prints of the season (next to the animal print) for nothing. Our guess is, ladies from both cities have an eye for timelessness, so even the trendy women of Milan decided to jump on this particular boat.

We did say we would render a verdict in the end. However, after much consideration, we have to admit it’s a tie. Both cities have their unique view of fashion, which makes them beyond comparison. Still, you are free to make your own judgments and decide what kind of girl you would rather be.

On the Go with Nortvi